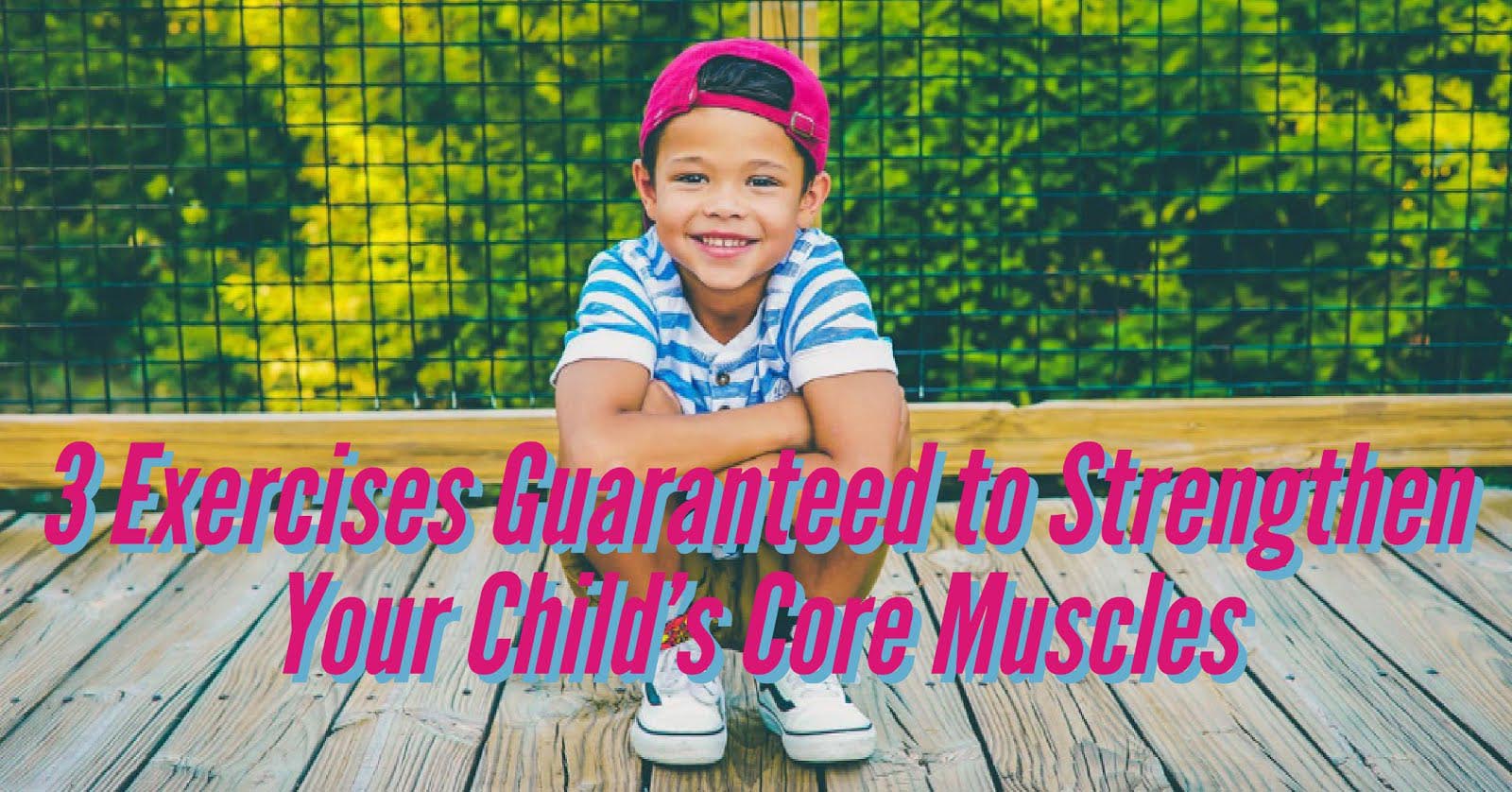 A sedentary lifestyle will lead to poor core strength in kids just as it will in adults. A strong core improves athletic performance, can help prevent some sports injuries and improves posture. A study published in a 2009 issue of European Journal of Social Psychology and cited in Psychology Today shows how posture also affects self-esteem, which is important as kids, particularly girls, approach adolescence.

Keep It Short & Make It Fun!

Kids do best with several shorter bouts of exercise, no more than 15 minutes in length. Exercises should be fun and not so challenging that they lead to failure. For fun, include routines that involve movement or even races. For a sense of accomplishment, include isometric poses that kids can hold for longer periods of time. Always demonstrate the exercises yourself so it’s easier for kids to understand what they are supposed to do.

Tell your child to pretend to be a dead bug. Show him how to lie on his back with his knees bent and feet flat on the floor. His hands will rest along his sides. Have him lift his bent right knee toward his chest while simultaneously arching the right arm over his head. Have him start slowly on one side, stop for a moment and then work the other side until he gets the hang of it. Then encourage him to keep it moving. Older children with better coordination can then try lifting the opposite knee and arm at the same time.

The crab walk makes exercise a game. Have your child get into a crab position, face up, so that his torso forms a table — or as close to that as he can get — while keeping his feet under his knees and his hands under his shoulders. Individually, you can have him crab walk forward to a certain point and then backward to the starting point. Kids can also race each other. Encourage them to keep their butts up but don’t be too critical. To help achieve this position, place a beanbag or soft toy on the child’s tummy that he has to keep from falling off. Older kids can play crab soccer with a beanbag or soft ball.

Not only is the classic plank an extremely effective core exercise, but it can also benefit kids who don’t tend to succeed at competition. By competing against their own time and working toward a goal they can meet, these kids will feel a greater sense of accomplishment. Plus, the core work may help them compete more successfully when playing sports. Have the child get into a plank position so he is resting on his forearms. Don’t set a timed goal to begin with. Just see how long he can hold the position without sagging. After that, ask him to work at it every day or every other day, setting a goal of 30 and then 60 seconds. When the child can do that, have him try a straight-armed plank and then a plank for which he lifts one leg at a time.