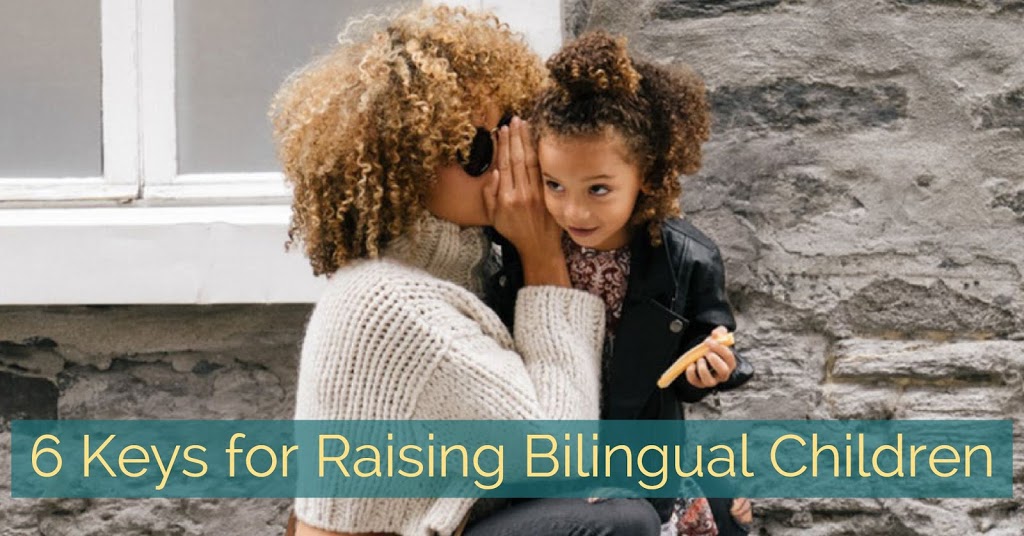 If you have a bilingual household and your child is learning two languages at the same time, you might have some questions about best practices to use at home when speaking to your child.  Some parents are worried that if their child is having difficulty with the second language, that they should stop speaking their primary language (i.e. Spanish) and only speak the second language (i.e. English) at home.

Children have the capacity to learn two or more languages efficiently, so do not feel like you are overwhelming your child. Many parents worry that teaching their child more than one language at a time will make them behind in one or both of the languages, but actually a child is capable of learning two languages at the same time and learning two languages at once will not cause any language problems. Research is showing that being fluent in more than one language can contribute to academic success, so it is great to encourage both languages!  Here are some tips you should know about dual-language learning:

Give your child many chances to hear and practice both languages during the day.  Read books, sing songs and speak in both languages. If the child receives only English at school, it is OK to speak another language at home.

Even if your child is having difficulty acquiring the second language, you should still continue to speak both, especially if they are going to have meaningful interactions with family members and friends in their primary language.  Children learn by being exposed to a language, so if you want them to learn it, they need to hear and speak the language frequently.

When reading books with your child, point out words  that are similar in both languages. It will reinforce their new language skills while showing them how much they understand of their first language too.

Students who are learning a second language may benefit from using visual aids to help them develop English language skills.  Showing them videos or pictures to go along with vocabulary words will make it easier for them to comprehend the auditory information.

By making an effort to help your child succeed in both languages, you are setting them up for success!