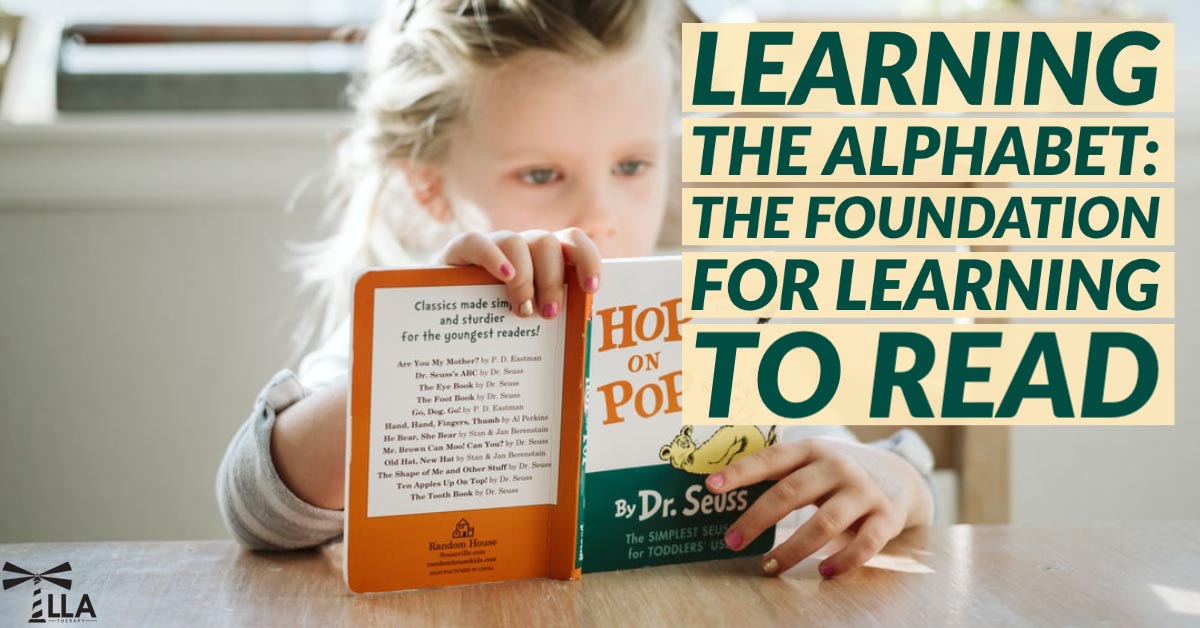 One of the most important foundation skills in learning to read, write, and spell is the ability to fluently recognize and name the letters of the alphabet.  Research has consistently demonstrated that letter name knowledge is one of the strongest predictors of learning to read and later reading achievement.  Helping children to understand that letters and letter patterns represent the sounds of spoken language is known as the Alphabetic Principle.

The progression of development for mastering this principle is as follows:

You can help your emergent reader by posting an uppercase alphabet chart or strip in your child’s view.  Have your child sing the alphabet song while simultaneously touching each letter of the alphabet.  Change the tune of the song to Twinkle Twinkle Little Star, Happy Birthday, or Mary Had a Little Lamb.  Changing the tune will help to ensure that the letters L, M, N, O, P will not sound like one letter.