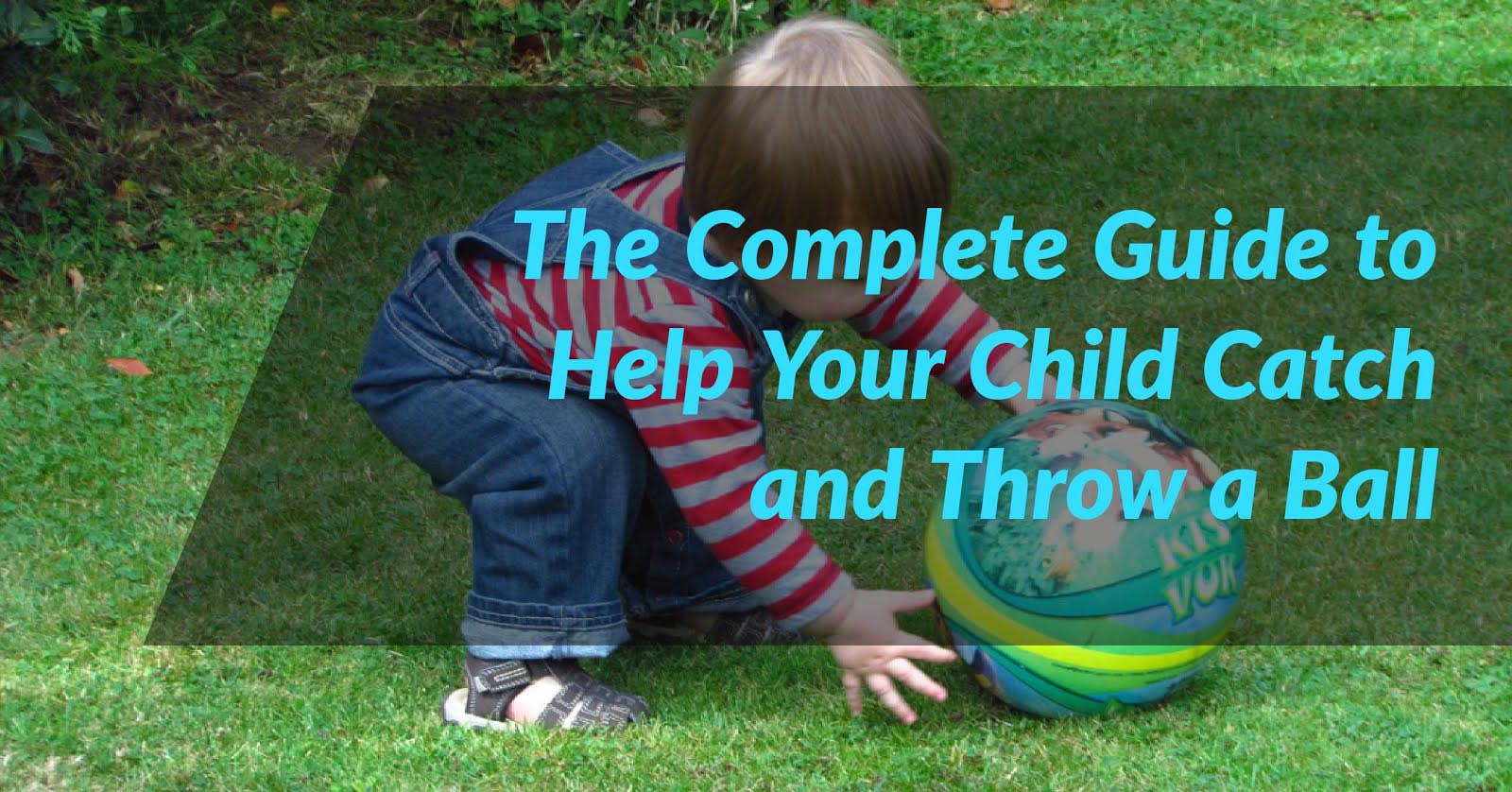 Children learn at a very early age how to roll a ball.  As they grow into toddlers, they can begin to understand the basics of playing catch.  As with any other skill, catching a ball is something that takes practice. Below is the developmental sequence for teaching your kiddo how to catch and throw a ball.

Push a ball across the floor

Encourage your child to receive the ball between their outstretched legs and then push it back to you. This teaches your child the concept of reciprocal play as well as turn-taking. It also teaches them about the concept of cause and effect (push ball and the ball will roll).

Catch a ball with both hands

Catching a ball with one hand

Dropping and catching a ball with two hands

The next step is to drop a tennis ball and catch it using both hands. The biggest trick for catching the ball after bouncing it on the floor is to start the drop at waist height, as opposed to at the level of their chest or higher. This will provide a smaller and more manageable bounce.

Dropping and catching a ball with one hand

Once your child can drop and catch a tennis ball with two hands, challenge them to do the same action with one hand.

Bounce and catch with partner

Once your child can drop and catch a tennis ball by themselves, stand about 10 feet away from them and play catch by bouncing the ball back and forth. Start by throwing it to the mid-line of their body. Once they’re able to consistently catch the ball, you should throw the ball to their sides.

The next step in the ball-catching process is the trickiest because it requires two balls. Designate one partner as the “over” and one as the “under.” The person who throws over will throw their ball in the air to their partner. The one who throws under will bounce the ball on the floor to their partner. Count to three before each bounce and see how many times you can simultaneously pass between each other without dropping either ball!

Fears?  Use a balloon to teach him to catch and throw

Balloons are safe, don’t hurt, and will help your child overcome any fears. Throw balloons at him and ask him to catch them. Once he masters that, start throwing the balloon at angles. Then move on to a foam ball, and then to a tennis ball. If this takes time, don’t worry – be positive and keep practicing.

Vary the level of difficulty

Depending on your child’s skill level, there are ways in which you can alter the game in order to make it easier or more challenging. Use a larger or smaller ball – smaller balls are more difficult to catch. Increase or decrease the distance between you and your child – the closer you stand, the easier the task will be. Give your child a carpet remnant or draw a shape on the floor and direct them to stand on that designated spot while playing catch. This will help them define their space so that they only need to worry about catching and throwing, rather than their body positioning.

Practicing catch works on a variety of skills that will transfer to other functional activities. These skills include bilateral coordination, convergence of eyes, projected action skills and visual motor skills.

Now, get out there and play ball!