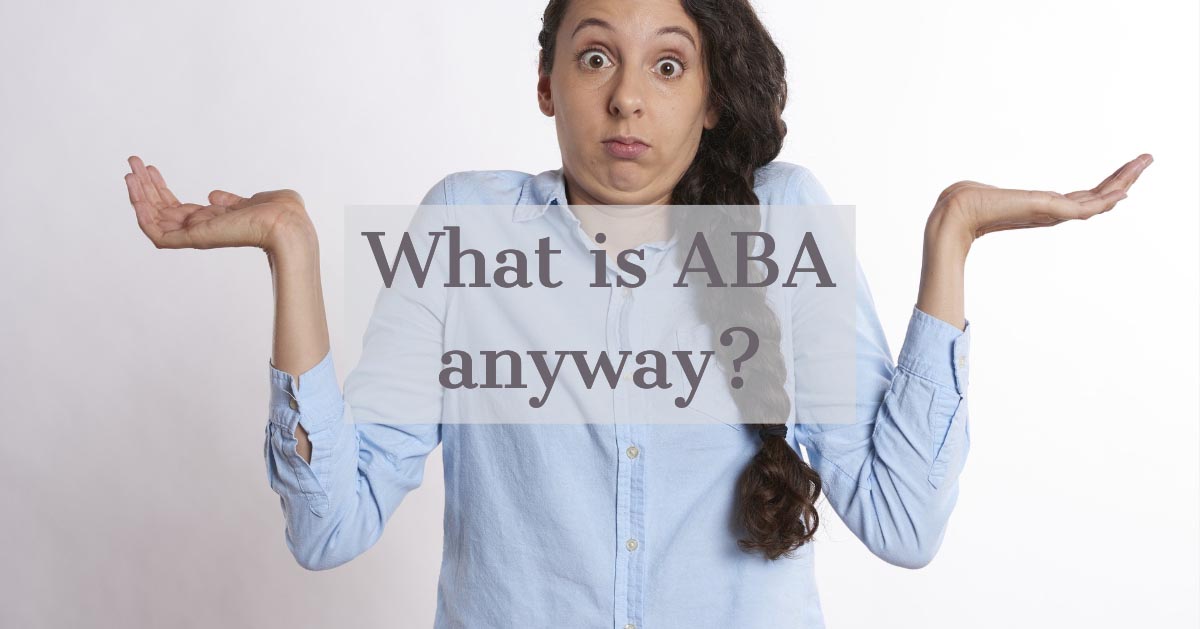 Autism has been in the news quite frequently the past few years and, chances are, you have probably heard the term “ABA” being thrown around.  But, do you know what it is?  It’s not JUST for individuals with autism.  ABA is all about making socially significant meaningful changes, acquiring new skills, and teaching individuals how to utilize these new skills outside of treatment.

ABA, or Applied Behavior Analysis, is an effective, data-driven treatment that’s backed by science.  It is a broad term; it’s actually an “umbrella” with many types.  ABA is based on the science of learning and behavior. It isn’t just used to decrease unwanted behaviors and increase desired, appropriate behaviors.  We can use ABA to teach new behaviors, increase language and communication skills, and to work on things like attention, academics, self-help, socialization and more!

We focus on antecedents and consequences, that is, what happens before and after a behavior, respectively.  Those have a ton of effect on the occurrence of behaviors, both positive and negative.  Sometimes, simple adjustments to those make a world of difference. ? One principle of ABA that almost everyone has heard of — and is used often — is positive reinforcement. See a behavior you like? If it’s rewarded consistently (and we’re talking as simple as, “Way to go!” or a high-five, NOT candy or a toy), chances are, that behavior will increase.

It isn’t always that easy, but you get the idea.

This post is just the VERY tip of the proverbial iceberg — entire textbooks are written about this stuff!  As written, ABA is broad term and there are many different types.  But, that’s another post for another day!
Do you think your child may need applied behavior analysis — click here to learn more.